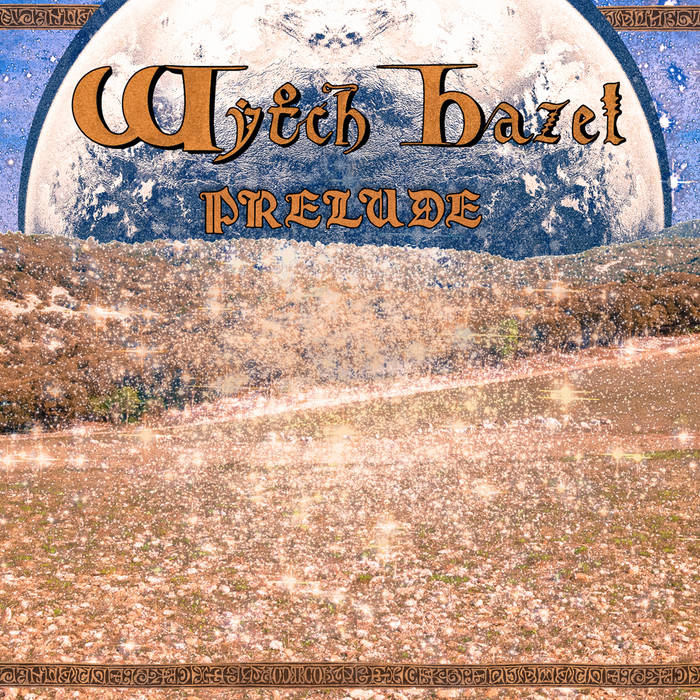 Arctic Wizard big meaty riffs that sing praise to our Lord above Favorite track: We Will Be Strong.

scalphite Just crazy how I got hooked into the sounds they make, absolutely amazing. Favorite track: More Than Conquerors.
more...

In the parallel universe where the New Wave Of British Heavy Metal happened 600 years early, WYTCH HAZEL are the band of choice for the discerning Plantagenet headbanger. The folk-rock eccentricity of Jethro Tull, the mystical harmony of Wishbone Ash & Thin Lizzy, and the exuberance of prime NWOBHM, immersed in sacred medieval influences via David Munrow's Early Music Consort of London; on their debut long-player Prelude, Lancastrian hard rockers WYTCH HAZEL have happened upon an extremely singular and compelling alchemy.

As a child the band's founder member and guiding light, singer/guitarist Colin Hendra, played drums in brass bands and orchestras, studied classical piano and sang in the school chamber choir, but at 16 the direction of his life changed forever, after a revelation we can all relate to: "Iron Maiden was the main reason I started playing electric guitar," he reveals. "I remember borrowing The Number Of The Beast off a friend and was just blown away – heavy metal was an obsession from that point on!"

Cutting his teeth with Lancaster metalheads Lake Of Fire, Colin discovered sacred vocal music and medieval dance through his college music studies. This, he says, "gave me the distinct vision for the band, its name and image," and lo WYTCH HAZEL was born in early 2011. The quartet released a two-track demo the same year, followed by a couple of seven-inch splits, an appearance at the Swedish festival Muskelrock, and the four-track EP The Truth in 2012. This noble artefact garnered quite a buzz on the UK HM underground, securing WYTCH HAZEL a support slot at Manilla Road's first ever UK live show and was later reissued along with their debut demo as a mini album on High Roller Records.

Although visual presentation is important to WYTCH HAZEL - "I would define our look as ‘battle ready’!" says Colin of the band's rustic swashbuckler stage clothes; "Our performance is like a musical fight!" - the priorities are clear. "The songwriting is our thing, that's what we major in," Colin asserts. "In my life that's what I'm best at, that's what I'm most passionate about. But you've also got to record that well, with clarity, and signing to Bad Omen has been a really big thing for us. This album is a massive breakthrough."

To capture that clarity with sumptuous atmospheric results, Bad Omen honcho Will Palmer sent WYTCH HAZEL to the renowned rural retreat at Foel Studio in Wales, engaging ex-Purson multi-instrumentalist Ed Turner as producer. "Will and Ed were at one of our first shows," recalls Colin, "and Ed said to Will 'So when are you going to sign them? Because I'll do the album!' This was back in 2011, but I think that was always their plan! Having that outside perspective has been really good for us. Ed's very 60s/70s-minded in terms of sound, which is what we wanted and needed. When it comes to tone, amps and guitars are really the more important ingredient – old cranked Marshall amps are where it’s at!"

Accordingly, Prelude is defined by its stately duelling guitars and blissful expressive solos in rousing tunes like infectious opener Freedom Battle, anthemic gallop More Than Conquerors and their fist-throwing eponymous singalong. There's tasteful organ and resonant acoustic guitar, but no gaudy medieval ornamentation distracting from the album's purity and focus. "For me, influence has to be within the composition, within the very make-up of the songwriting," Colin asserts. "We do a lot of the Picardy third - a song in a minor key that ends in the major key - that's a real medieval French technique. I don't know of many other bands with that approach."

That's not the only way WYTCH HAZEL stand out from the modern herd. Although we've been saturated with the cartoon diabolism of the 'occult rock' revival, no other band has dared to offer the other side of the story. "I play in a heavy metal band and I write songs about God - it's actually quite a rebellious thing!" chuckles Colin. "Some people found our EP offensive. You can mention God, but when you start singing 'Praise be to God' it gets a little heavier." Whatever your spiritual position, for the creation of Prelude, all praise be to WYTCH HAZEL.